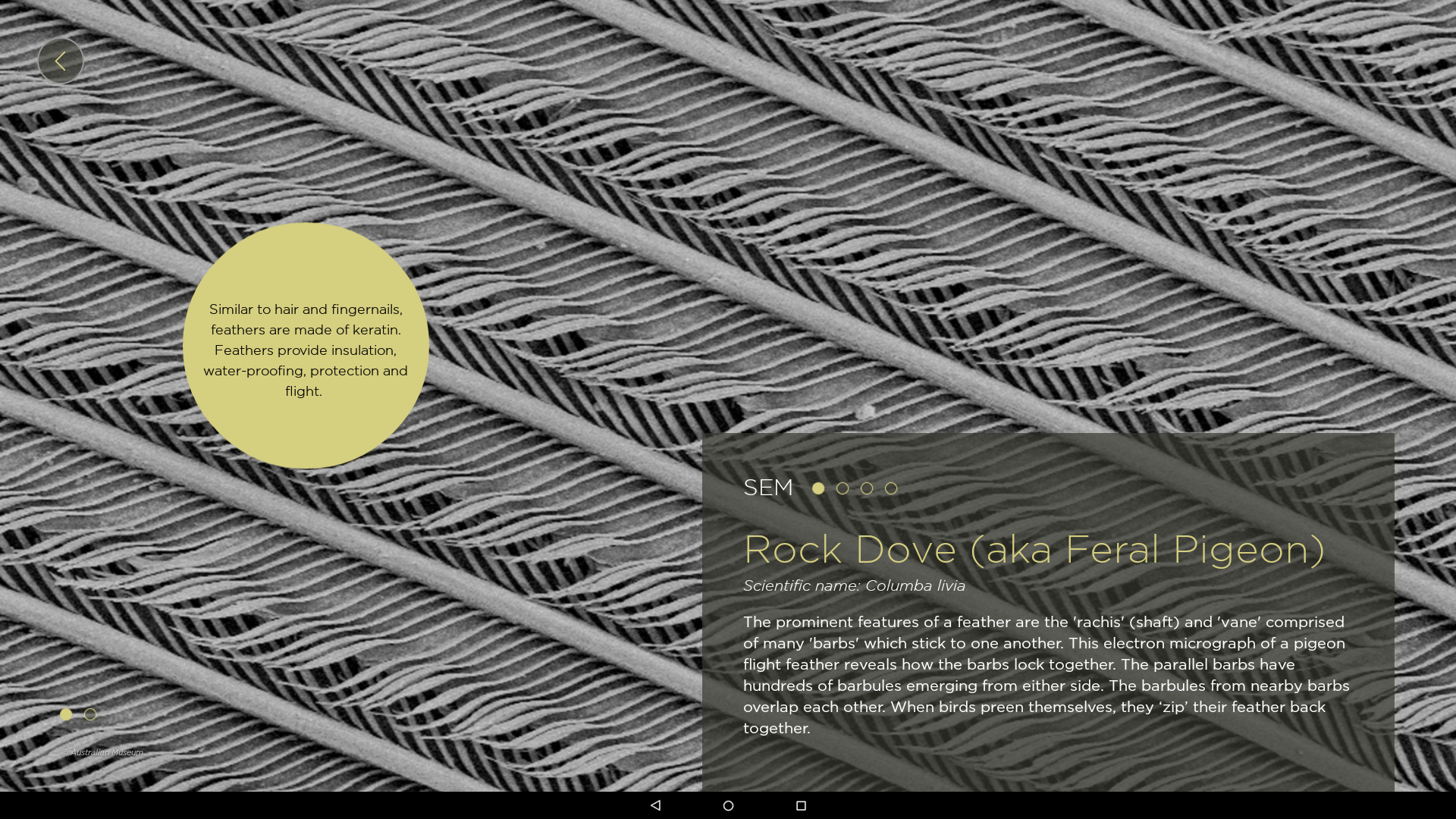 We were challenged to present objects and artefacts that are either have no physical form or too precious to put on display.

The magnificently restored triple height gallery houses 100 treasures from the collection and the stories of 100 significant Australian people.

Interviewing scientists, archivists, and curators, Holly built up a picture of the importance of the museum in Australia’s natural history, the scale and worth of the collection, and the unique research and partnerships undertaken by the Museum.

Holly crafted a small number of personal scale interactives. These display holotypes, the first described specimen of a species, that cannot leave the Museum’s environmentally controlled vaults, and scientific images, created in MRI and CT scanners, electron microscopes, and X-Ray machines, as well as collections of photographs from Papua New Guinea, and watercolours of the collection’s early years.

Special attention was given to the data sets from medical imaging scans. These were deliciously rendered in three dimensions exposing the delicate insides of Australia’s unique creatures.